Hybrid Speciation ― The hybridization between two or more distinct lineages that  contributes to the origin of a new species.
– (Encyclopedia of Evolutionary Biology) 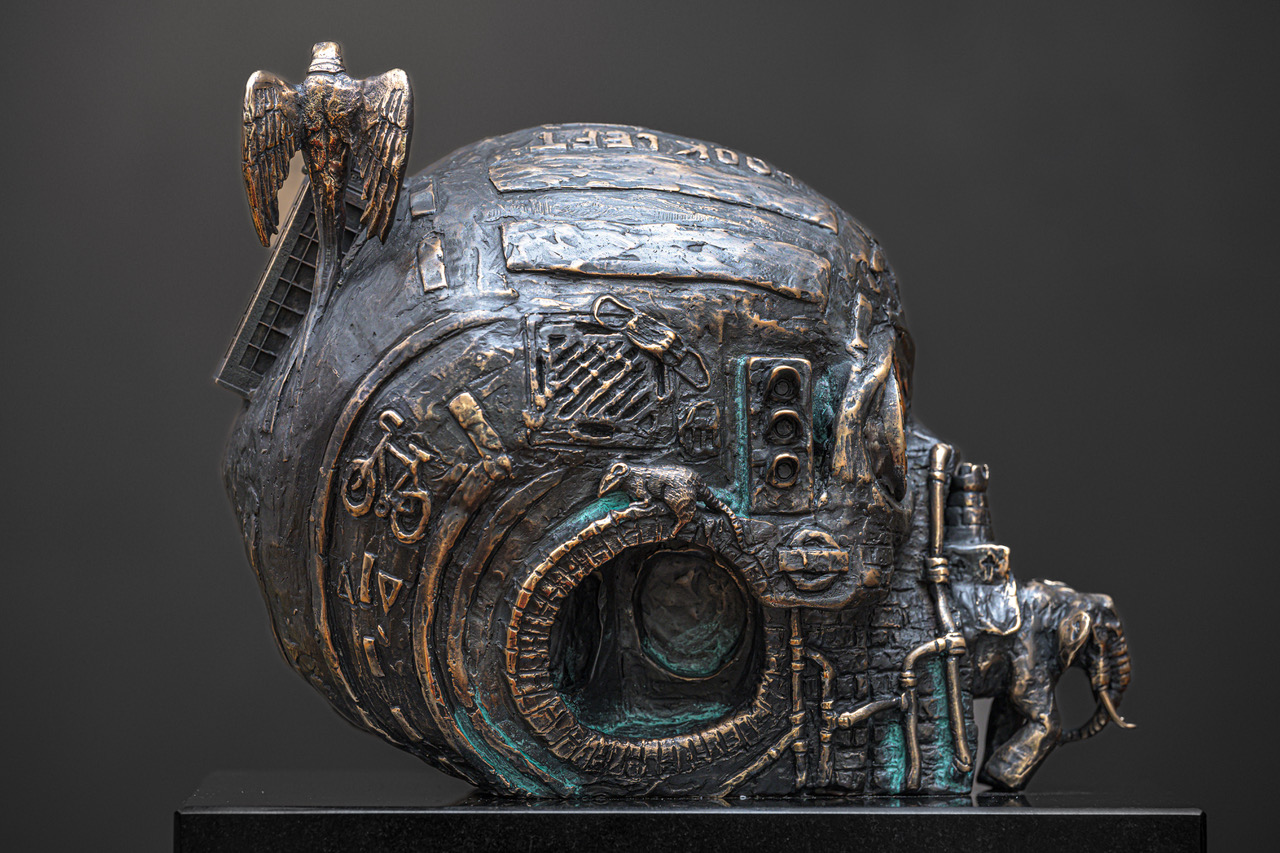 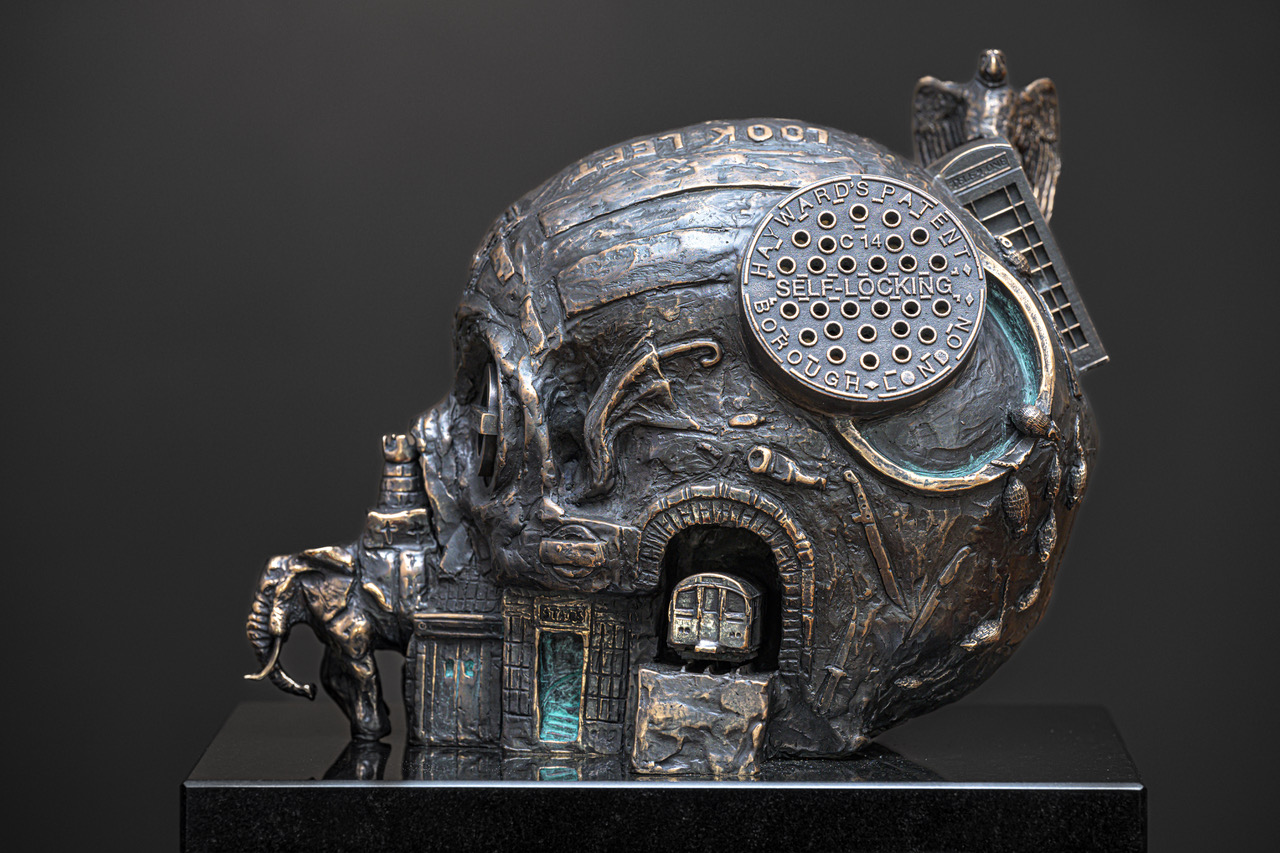 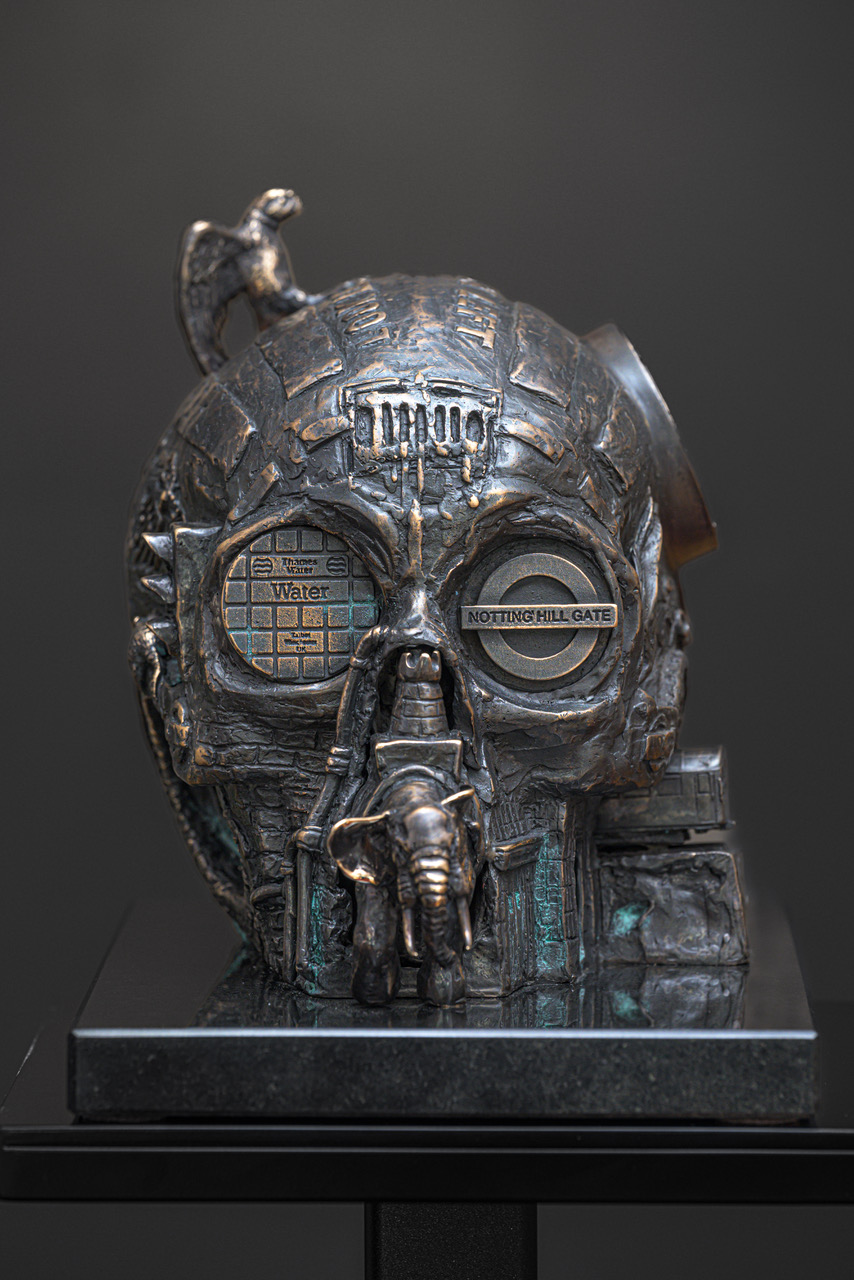 My first London art studio was in Camberwell near Elephant and Castle station on the Bakerloo Line. A place which God seems to have forgotten, with a shopping center and bingo hall where all hope seemed to have been lost. Over time, I built up a love-hate relationship to the place hence the underground elevator lift and fire staircase, and the elephant carrying the castle in the sculpture. To understand London, a city which is two thousand years old takes a lifetime.

My interpretation of this place is highly personal and very limited. I have chosen to depict the most common denominator of the city– the street. Rich or poor, everyone walks on the streets at one point or another. Just like New York has its invasive species generating legends like the monster alligator in the sewers, London has a few creatures of its own; the exotic ring-necked parakeets of Hyde Park are rumored to originally have belonged to Jimi Hendrix. Regardless of whoever let them out, they have successfully claimed a portion of Hyde Park as their turf.

London used to be a very industrial and dirty
metropolis. To me, the history of the city echoes in the old buildings and the roughness of the place can still be felt everywhere. I wanted to give this sculpture the feeling of being made of clay and metal, forged in coal fired ovens of the Victorian era and then lost only to be found again much later. Like a piece of history that has been dragged out of the river Thames itself.