“In the scientific world, Hybrid Speciation is the term used to describe two species  merging to form a new species. This phenomenon is the founding idea for my first bronze sculpture.

The sculpture I’ve created is intended to depict a human cranium merged with the  streets of New York City. It also pays homage to the legend of the alligator in the New York sewers.” 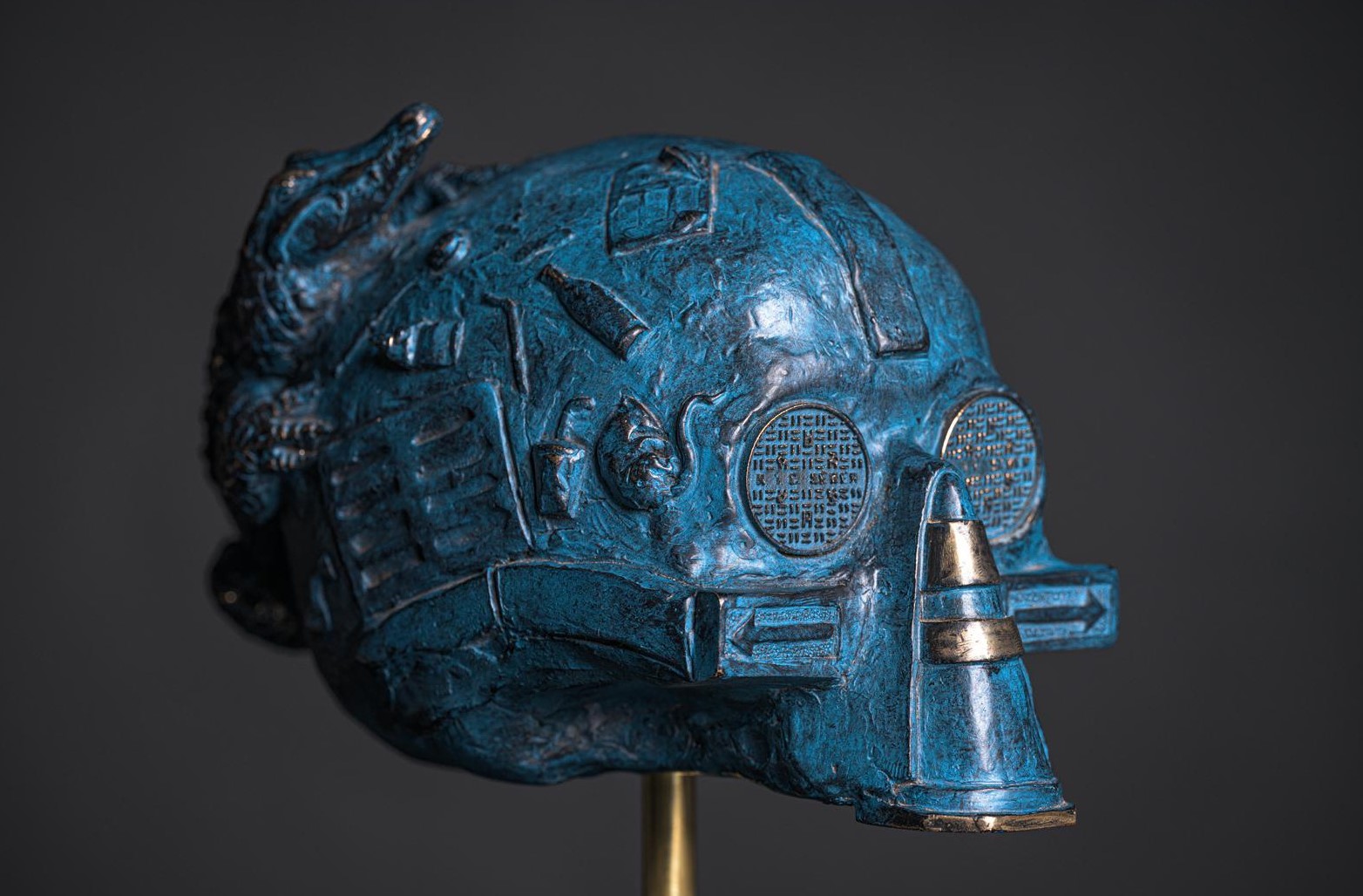 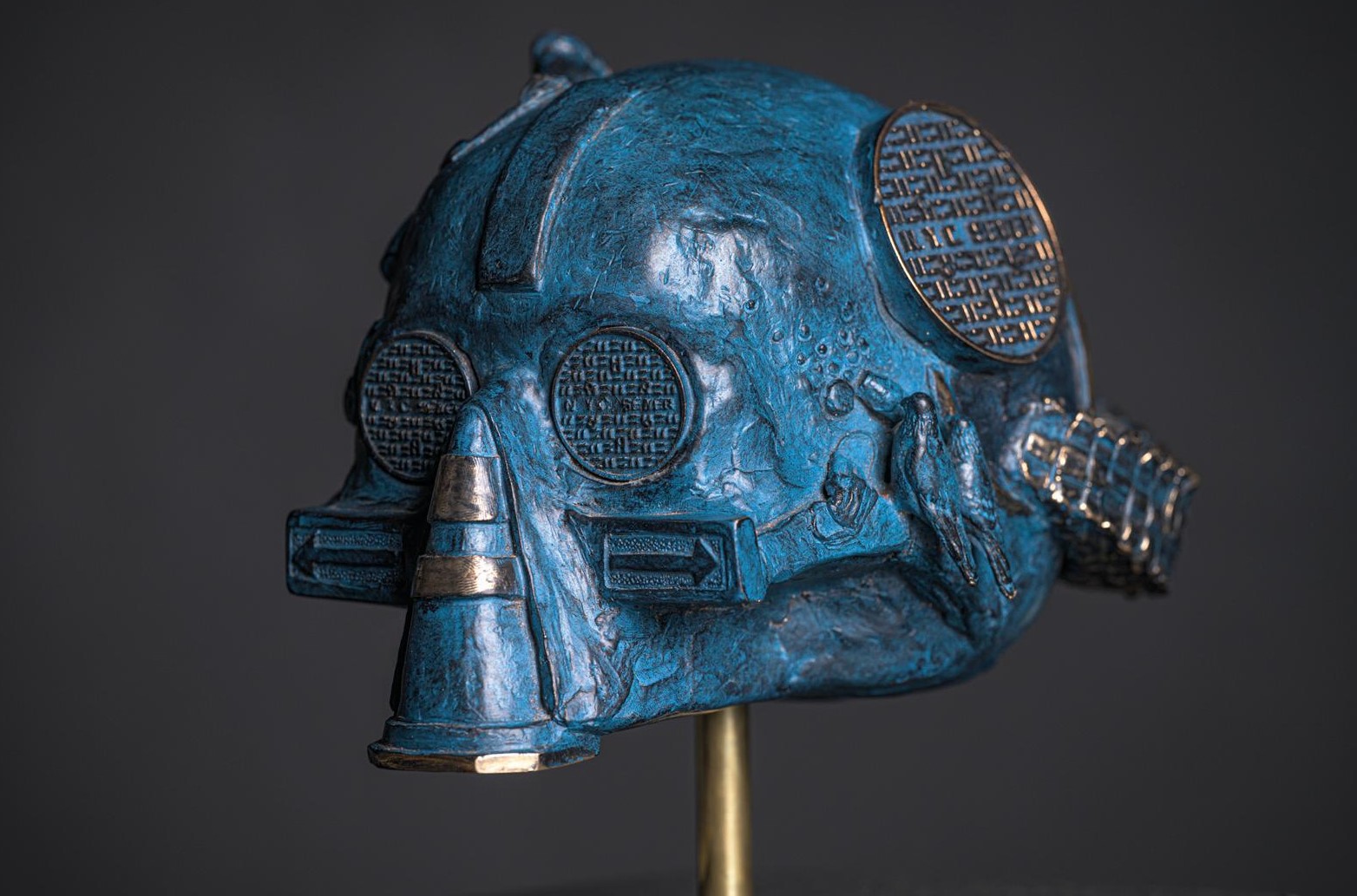 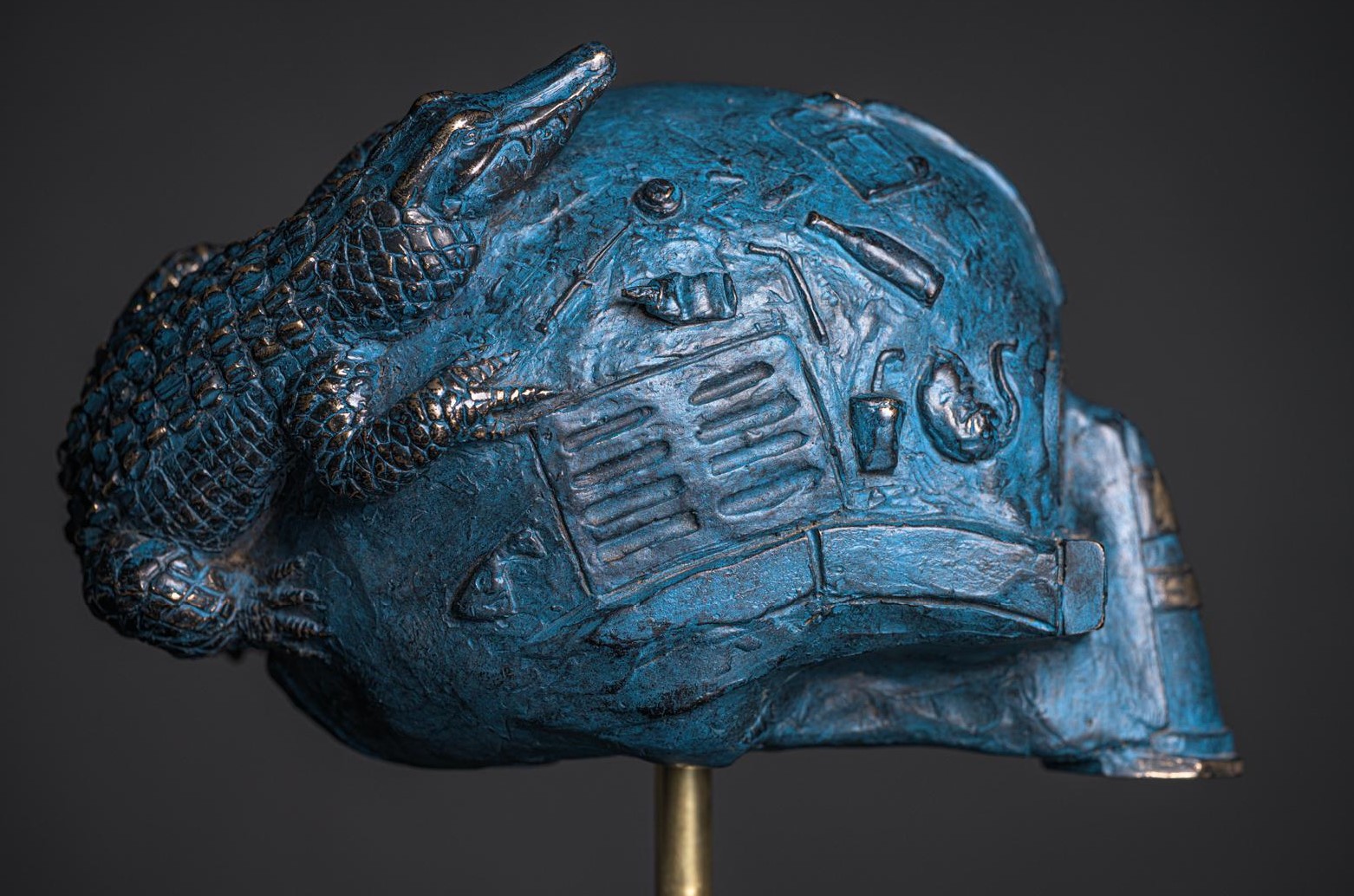 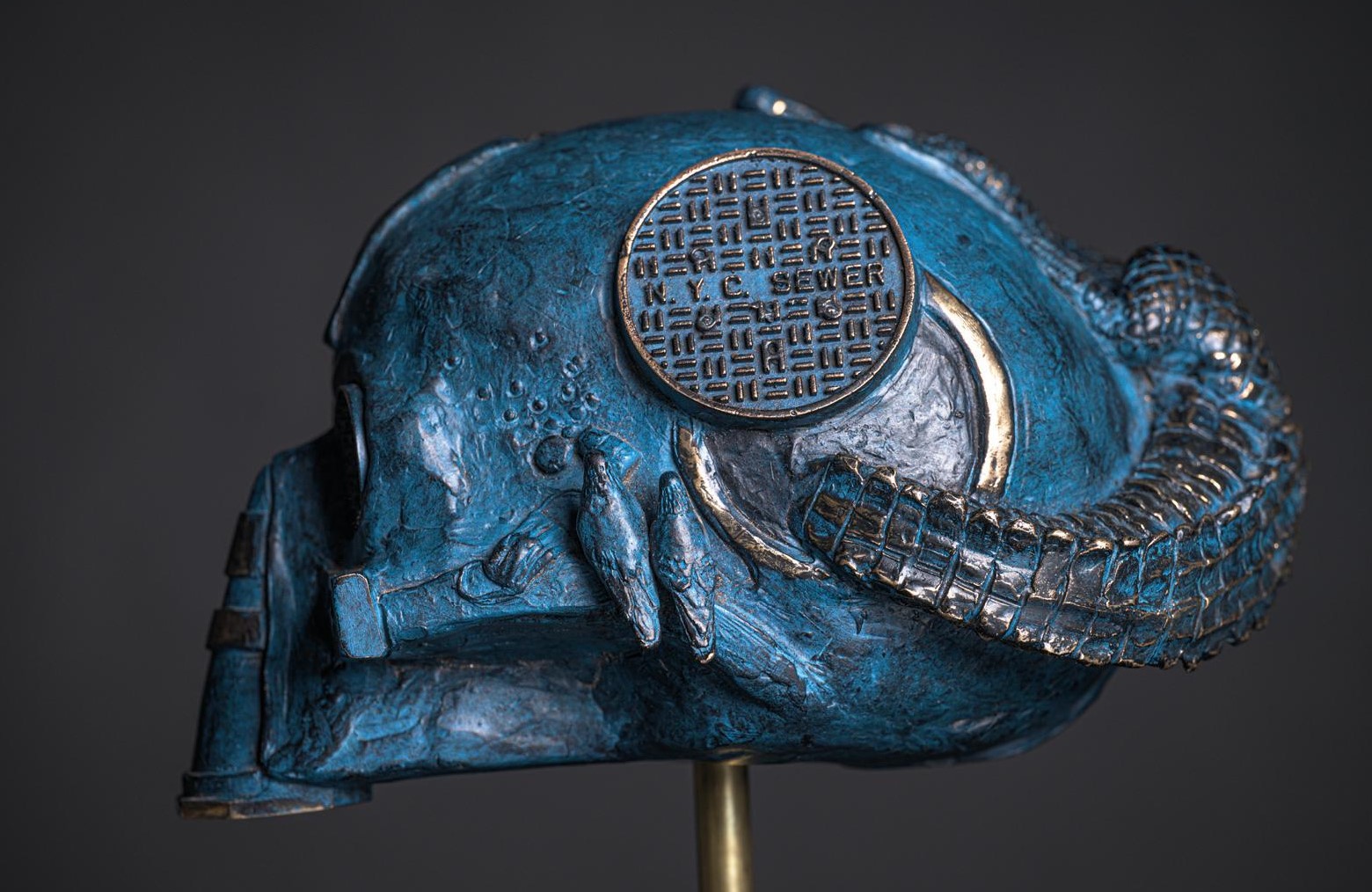 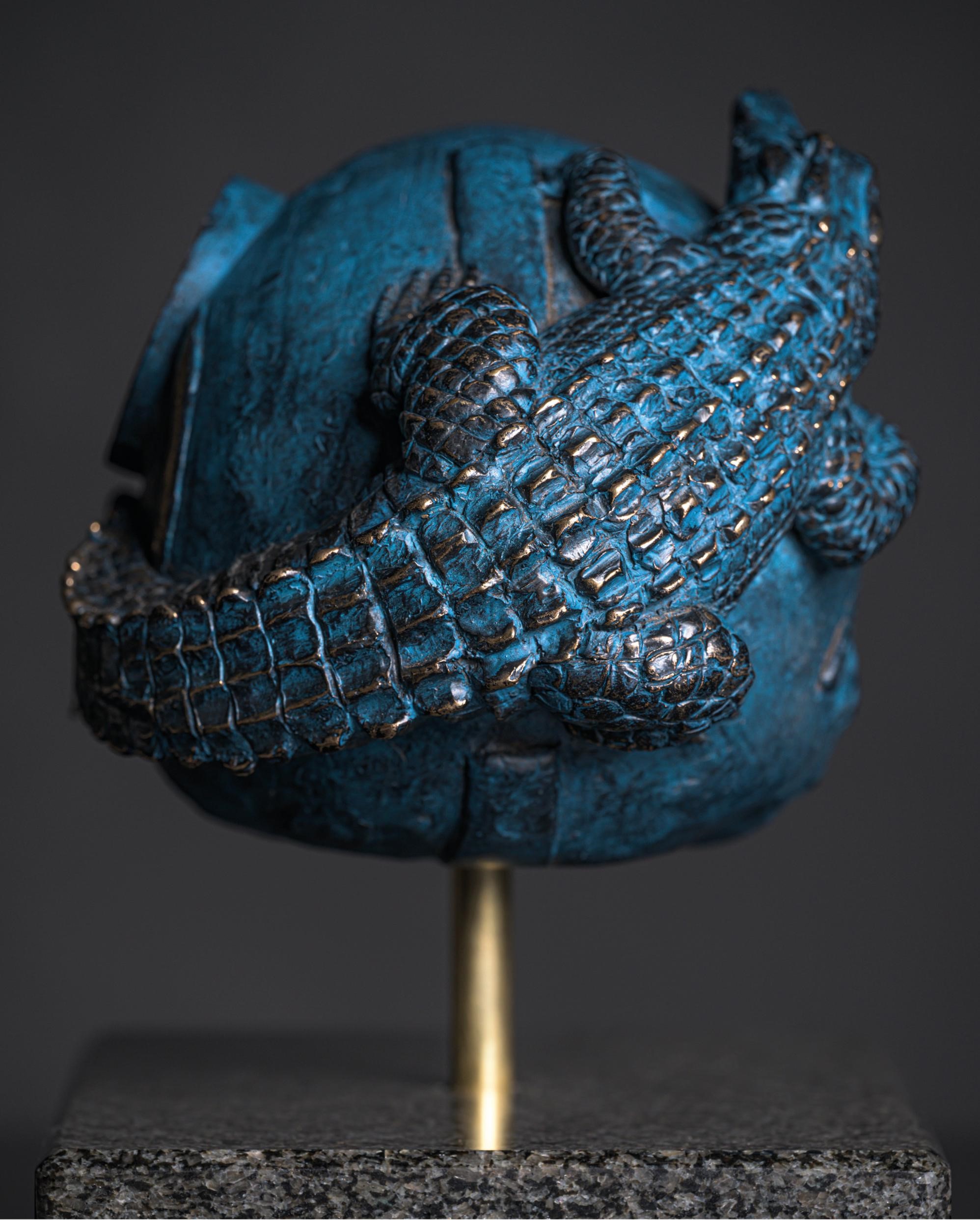